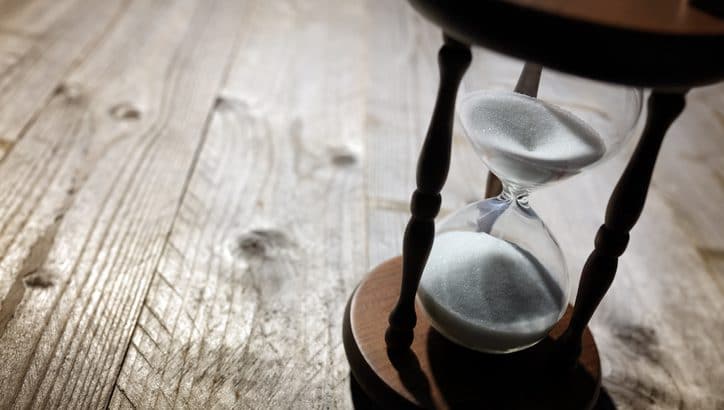 (May 23, 2017) The managing member of a limited liability company makes a decision that unfairly impacts the minority members’ interest in the business, but does not have an immediate economic impact. Rather, the economic impact does not occur until several years later, when the LLC is sold and the proceeds of the sale are distributed. When does the clock start ticking on the disadvantaged member’s claim to bring suit against the LLC and its managing member? Does the statute of limitations start with the conduct causing the harm, or when the member suffers actual economic harm?

According to a recent decision by the Michigan Supreme Court, the triggering event for determining when a cause of action accrues under the LLC Act is when the oppressive conduct occurs, regardless of whether there is immediate economic loss resulting from that action.

Summary: On May 15, 2017, the Michigan Supreme Court issued an Opinion clarifying when a plaintiff may timely bring member-oppression claims under the Michigan Limited Liability Company Act (the “Act”), MCL 450.4515.  The Supreme Court first held that the time periods set forth in MCL 450.4515(1)(e) are “statutes of limitations,” rather than “statutes of repose,” and require a plaintiff to bring such claims within 3-years of “accrual” of the claim, or within two years of when the claim was discovered.  The distinction is important because statutes of repose, unlike statutes of limitations, cannot be tolled pursuant to Michigan’s “fraudulent concealment” statute, MCL 600.5855.1  The Supreme Court went on to hold that in applying the statute of limitations under MCL 450.4515(1)(e), member-oppression claims “accrue” when the oppressed member first incurs “harm.” Per the Supreme Court, that “harm” occurs at the time of “substantial interference with the interests of the member as a member,” and not when money damages become available to the oppressed member.

The Supreme Court’s recent Opinion articulates an important lesson for LLC members: Upon learning that their membership rights may have been oppressed, members should immediately contact counsel and discuss the potential for bringing member-oppression claims under the Limited Liability Act.  By taking a “wait and see” approach to determine the financial impact of the oppression, oppressed members risk losing their right to bring such claims.

In Frank v Linkner2, two former employees and common unit shareholders sued other members of ePrize Holdings, LLC, alleging that the defendants willfully and oppressively interfered with plaintiffs’ membership rights by amending the LLC’s Operating Agreement, in March 2009, to prioritize “B” and “C” unit holders.  When ePrize was sold on August 20, 2012, the company distributed nearly $100 million in proceeds to B and C unit holders, in accordance with the amended Operating Agreement, while plaintiffs received nothing for their common shares.  Plaintiffs filed their lawsuit on April 19, 2013, a little more than four years after the Operating Agreement was amended, and approximately eight months after the LLC was sold and the proceeds distributed.

At the trial court level, defendants moved for dismissal of the plaintiffs’ member-oppression claims, arguing that such claims were untimely under the Limited Liability Act’s member-oppression statute, specifically MCL 450.4515(1)(e).  The trial court granted defendant’s motion, concluding that the plaintiffs’ claims were untimely under MCL 450.4515(1)(e), which requires that claims for member-oppression “seeking an award of damages must be commenced within 3 years after the cause of action . . . has accrued or within 2 years after the member discovers or reasonably should have discovered the cause of action . . . whichever comes first.”

On appeal, the Court of Appeals reversed the trial court and held that, while the 3-year limitation period under MCL 450.4515(1)(e) constitutes a statute of limitations, plaintiff’s claims did not “accrue” until 2012, when ePrize sold its assets, because until that sale plaintiffs had not incurred calculable financial injury and any damage claim before then would have been “speculative.”  Therefore, the Court of Appeals concluded that plaintiffs’ member-oppression claims were timely.  The Supreme Court granted leave to appeal to consider: (1) whether MCL 450.4515(1)(e) is a “statute of limitations” or a “statute of repose”; and (2) when plaintiff’s member-oppression claims “accrued.”

As to the first question, the Supreme Court agreed with the Court of Appeals and held that MCL 450.4515(1)(e) provides two alternative “statutes of limitations,” rather than statutes of repose.  Because MCL 450.4515(1)(e) provides “statutes of limitations,” claims for member oppression may be tolled if a plaintiff can establish that the defendant “fraudulently conceal[ed] the existence of the claim or the identity of any person who is liable for the claim.”

As to the second question, i.e. when a claim for member-oppression “accrues” for purposes of applying MCL 450.4515’s statutes of limitations, the Supreme Court reversed the Court of Appeals.  The Supreme Court held that the Court of Appeals erred when it ruled that plaintiffs’ member-oppression claims accrued on August 20, 2012, the date ePrize Holdings was sold and the proceeds distributed to B and C unit holders.  Rather, the Supreme Court held that, pursuant to MCL 600.5827 (“Accrual of Claim”), a claim accrues “at the time the wrong upon which the claim is based was done regardless of the time when damage results.”  For member-oppression claims, the claim accrues when the defendant “substantially interferes with the interests of the member as a member.”

In response to plaintiffs’ argument that their member-oppression claims did not accrue until they incurred “calculable financial injury,” the Supreme Court noted that MCL 450.4515 provides for a variety of remedies in addition to monetary damages, including: dissolution of the LLC, cancellation or alteration of a provision in the operating agreement, and the direction, alteration, or prohibition of an act by the LLC or its managers.  Thus, the “Court of Appeals erred by focusing on the availability of monetary damages, rather than on when plaintiffs incurred ‘harm’”:

Once a plaintiff proves that a manager engaged in an action or series of actions that substantially interfered with his or her interests as a member, the ‘harm’ has incurred, and therefore the claim has accrued.  Under MCL 600.5827, this is true regardless of the time when monetary damages result.  Thus, even if plaintiffs did not incur a financial injury until 2012, their actions could still have accrued at an earlier date if their interests as members had been the subject of substantial interference.

Because the interference with plaintiffs’ interests as members in ePrize occurred in March 2009, when the Operating Agreement was amended to prioritize the B and C unit holders, plaintiffs’ claims were untimely as filed on April 19, 2013, and their claims barred unless plaintiffs could establish fraudulent concealment by defendants pursuant to MCL 600.5855.

1 Michigan’s Fraudulent Concealment statute tolls the running of a statute of limitations when the defendant “fraudulently conceals the existence of the claim or the identity of any person who is liable for the claim.” MCL 600.5855.