Our labor and employment law team works with business owners, human resource professionals, and insurance companies to successfully counsel and defend employers of all sizes regarding compliance with state and federal employment laws. In addition to defending employers in court, our employment law attorneys represent companies of all sizes before administrative agencies including the Equal Employment Opportunity Commission, Michigan Department of Civil Rights, Employee Benefits Institute of America, Occupational Safety and Health Administration, Office of Federal Contract Compliance Programs, National Labor Relations Board and the Department of Labor. We also counsel select executive-level employees and professionals regarding employment contracts and issues arising from the transition of employment.

Because of the myriad of agencies and overlapping employment issues, we keep clients abreast of any changes or recent rulings that will affect how you manage the employment relationship and expectations and provide recommendations on employment policies and procedures.  Our labor and employment attorneys offer complimentary legal updates, webinars, and presentations on the latest issues facing Michigan employers.

Our team regularly assists clients in the following areas:

We believe that prevention and education are the best tools and resources to keep employers from costly litigation.  However, with all of our best efforts disgruntled or former employees may wish to press on in a litigation matter.  Our employment attorneys are uniquely qualified and experienced to represent our clients in court if a matter cannot be resolved outside the courtroom. Successful verdicts include:

Noncompete Knowledge.  We routinely litigate the enforceability of non-competition agreements, but we also use that expertise in counseling our clients on hiring and firing decisions. In one case, by specifically tailoring an employee’s job duties, we were able to help our client add a key executive to its leadership team. In another, we were able to carefully draft a non-compete based on how we knew the provisions would be enforced by the local courts, thereby protecting another client from potential damages if a key employee left the company.

Age & Gender Discrimination Claim Dismissed. After a 55+-year-old woman retired, she filed suit, alleging age and gender discrimination, claiming she was historically underpaid compared to her male counterpart, and that she was replaced by a younger worker. We moved for dismissal on the grounds that neither the male worker, nor the younger worker, had comparable duties. The Judge agreed and dismissed the case.

Gender Discrimination Claim Dismissed. When a male employee was terminated for fabricating expense reports, he sued both the employer and our client, a female supervisor, claiming that he was actually terminated for raising complaints that the supervisor had created a hostile work environment based on his gender. He asserted that comments such as, “I cannot trust you as a guy in the field,” and “you need to work on your communication style and stop being such an aggressive guy,” were evidence of bias. We moved for dismissal on the basis that the alleged comments did not establish a hostile work environment. The Judge agreed and dismissed the employee’s case against both the employer and the supervisor.

RICO Claims Dismissed. Former employees filed suit against their former restaurant employer, alleging they were not paid in full for all hours worked. However, instead of merely raising claims under the Fair Labor Standards Act, they also alleged that this alleged underpayment also constituted racketeering activity under the Racketeer Influenced and Corrupt Organization Act. We moved to dismiss on the pleadings, arguing that the claims were precluded, in part, by the FLSA. Further, we asserted that the employees’ alleged damages (if any) were not proximately caused by the employer’s actions. The district court agreed, dismissing the case, which dismissal was upheld by the Sixth Court on appeal.

Rhoades McKee attorneys understand that no two clients are the same, and neither are their legal issues. That’s why our labor and employment attorneys take time to learn each client’s business, company culture, and budget. With that information in hand, our team can craft an effective legal strategy, and you can focus on moving forward with your business goals.

Return to Services for Business and Industry

how may we help you? 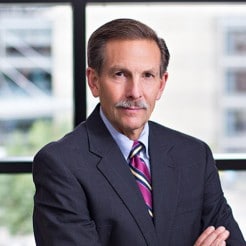 To learn more about our human resource and employment law services or speak with an attorney, connect with us below or call Mark at 616.233.5216.