Should You Require Employees to Sign an Arbitration Agreement?

In May, the U.S. Supreme Court upheld the right of employers to require and enforce pre-dispute class and collective action waivers as part of individual arbitration agreements.  Many employers have elected to require employees to agree at the time of hire or as a condition of continuing employment that any employment disputes be dealt with through arbitration rather than through the courts.  These agreements either expressly or effectively waive the employee’s right to bring those claims as class actions or collective actions (a common method of bringing wage and hour claims under the Fair Labor Standards Act) on behalf of all employees who have the same sort of claims.  This practice, however, pits two federal statutes against one another.

On one hand, the Federal Arbitration Act (“FAA”) establishes a public policy of favoring resolution of disputes through private arbitration rather than through the courts.  On the other hand, the National Labor Relations Act (“NLRA”) empowers employees to engage in collective activity (including, among other things, forming unions) to address claims regarding wages, hours and other working conditions – “concerted activity” protected under Section 7 of the NLRA.  The question presented was whether the FAA permits an employer to require prospective and current employees to give up their right to participate in class and collective actions or whether the NLRA prohibits such compulsory waivers linked to employment disputes.  In a 5-4 decision, the Court in Epic Systems Corp. v. Lewis, concluded that the public policy of the FAA controls.  This means that an employee who signs an employment agreement requiring individual arbitration of disputes cannot pursue employment related claims in court and can be barred from pursuing such claims as part of a class or collective action.

Should you now require arbitration of employment disputes?  First, despite the Epic Systems ruling, just because an arbitration agreement contains a class and collective action waiver does not mean a court is going to enforce it without first closely scrutinizing it.  In fact, since the ruling, two federal Courts of Appeals refused to enforce employer arbitration agreements because of their failure to comply with state contract laws.  Keep this in mind when implementing or updating employment arbitration agreements.  Further, the advantages and disadvantages of arbitration that existed before this ruling still exist today.  Contrary to what many of its proponents claim, arbitration is not always faster or less expensive than litigation in the courts if for no other reason than because the arbitrator is paid by the parties, not by taxpayers.  The pre-hearing process can be more cumbersome, and many lawyers believe it too often results in Solomon-like “split the baby” decisions that satisfy no one.  Still, arbitration keeps the dispute private and affords the parties a greater measure of control over who will hear their dispute and over the process by which that dispute will be resolved.  The main impact of the Epic Systems decision is upon how a large number of small claims can be resolved.  It is often economically impossible to pursue a small wage or other employment dispute, but if there are dozens or hundreds of workers who may have the same claim, class and collective actions create a real financial incentive to lawyers and plaintiffs to do so.  Conventional wisdom is that following Epic Systems such arbitration agreements will discourage employees from asserting these smaller claims.  But, this may cut both ways since just as 100 individual cases are not economical to bring, they are also financially costly to defend.

The decision of whether to include an arbitration agreement with a class/collective action waiver as part of your employment agreement with workers is ultimately a business decision each company has to make.  If you would like to discuss that analysis or have questions about how the Epic Systems decision may impact your organization, contact any member of the Rhoades McKee’s Employment Law Team. 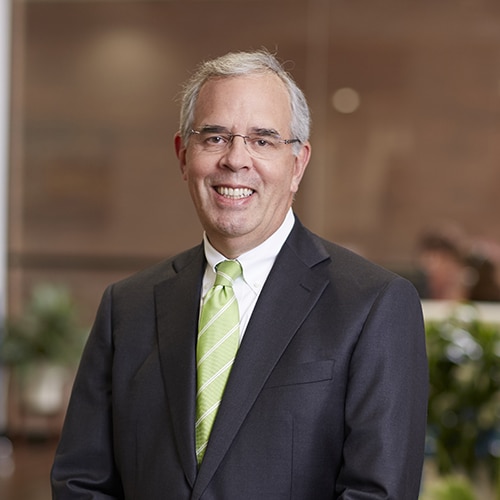