That’s understandable, given the recent publicity regarding vapor intrusion (“VI”).  Local evacuations of residences and businesses, the installation of vapor mitigation systems by governmental agencies, a joint VI initiative announced by the Michigan Department of Environmental Quality (MDEQ) and the State Department of Health and Human Services, and the MDEQ budget request to fund a dedicated VI program all have heightened public awareness of this environmental risk. Although not as newsworthy as the events described above, VI affects real estate and business transactions, brownfield redevelopment, lending, cleanup activities, and compliance with environmental “due care obligations” imposed on parties who own and operate on contaminated property. VI is a complex concept, and the lack of a straightforward and definitive process for evaluating and managing this exposure is an unwelcome complication in business transactions and compliance matters. Learn how to manage VI risks in your projects.

Vapor intrusion is the process of subsurface contamination vaporizing or volatilizing and seeping into enclosed structures in the form of vapors, often with no odor or other noticeable characteristic. For decades, the primary emphasis of environmental laws and regulations has been the impact that spills and releases of chemicals have on soil, groundwater and surface water. More recently, in response to significant evolution in the scientific understanding of vapors, the legal and regulatory focus has expanded nationally to address the nexus between such spills and releases and indoor air quality. Science now shows that, under certain conditions, vapors from underground contamination often travel vertically and horizontally – sometimes extended distances – and enter structures through cracks in foundations, sumps, or openings for utility connections. Sometimes those vapors can be harmful to the occupants.

How is VI regulated in Michigan?

Michigan’s primary environmental statutes that affect due diligence in business transactions, cleanups, and due care compliance are known as Part 201 and Part 213. MDEQ promulgated formal rules containing VI cleanup criteria in 2002, which are enforceable today under these statutes. However, the rules provide that these criteria are not applicable under certain site conditions. Furthermore, scientific findings since 2002 demonstrate that in many circumstances these cleanup criteria are not considered protective of indoor air inhalation exposures. To address these voids, after extensive study and collaboration with the regulated community, in May 2013 the MDEQ published its Guidance Document for Evaluating the Vapor Intrusion Pathway. The MDEQ Guidance is just that – guidance. It is not legally binding and, as such, does not establish enforceable standards. That said, according to the MDEQ, it is Michigan’s current “playbook” for addressing and mitigating VI risks under Part 201 and Part 213.

In 2016, after further extensive study of the VI exposure pathway, the MDEQ proposed certain rule amendments under Part 201 (also applicable under Part 213), which include an even more conservative approach to vapor than contained in the Guidance. When the effective date of these rules is established, we will address the revised rules, specifically their impact on VI, in another blog.

What are the basics of the MDEQ Guidance?

Although not universally applicable to all contamination, the MDEQ Guidance applies to the majority of sites contaminated with volatile chemical compounds, such as those found in petroleum and solvents. The Guidance outlines a multi-step method for assessing and managing VI risks. The initial phase entails identifying VI sources and site-specific conditions conducive to VI exposures. If the outcome of this step identifies a VI potential hazard, then existing soil and groundwater data are compared to certain screening values for individual chemicals contained in the Guidance.

If a VI risk cannot be excluded based on the result of this screening, then the next phase entails the collection of soil gas samples (different from soil samples), typically from or as close to the source area of contamination as possible. Accordingly, these samples might be collected outside a structure or through the floor of a structure (subslab samples). Logistical issues need to be considered, especially if sampling from inside the structure. Also, because vapor concentrations are susceptible to change depending on many variables, including temperature, multiple soil gas sampling events spread out to capture seasonal variations are usually needed. Unfortunately, such timing collides with timelines in business transactions, site redevelopment schedules, and compliance matters. Soil gas sample results are compared to soil gas screening criteria in the Guidance. Indoor air sampling may also be performed, although indoor air samples are less desirable because results are easily skewed by background indoor air contaminants, leaving ambiguous conclusions. Depending on the outcome of the sampling, the Guidance describes certain response activities that may be necessary or appropriate, such as the application of a vapor barrier or installation of a vapor mitigation system in or around a structure. It is not unusual for a VI evaluation and, if applicable, implementation of a remedy to take months, again conflicting with timelines for transactions and property redevelopment projects. In certain instances, it may make sense to assume a potential but unconfirmed VI risk and save time by moving directly into a mitigation measure.

What are some practical tips to follow to address VI risks?

One thing is certain – the scientific study of vapor intrusion continues to develop; therefore, the pivotal role that vapor risks play in cleanups, brownfield redevelopment, transactions and environmental compliance will continue to evolve. Watch for our future blogs about VI which will cover various topics, including VECs in phase I assessments; distinctions between cleanup liability and due care liability for VI and how those distinctions affect business transactions; potential legal claims, including tort claims, for VI exposures and mitigation costs; insurance coverage for VI; and inclusion of VI concepts in environmental restrictive covenants. We will keep you updated as VI issues continue to unfold in Michigan – with the hope that we will help you breathe a little easier.

Please contact Mary Jane Rhoades or another environmental lawyer at Rhoades McKee with any questions. 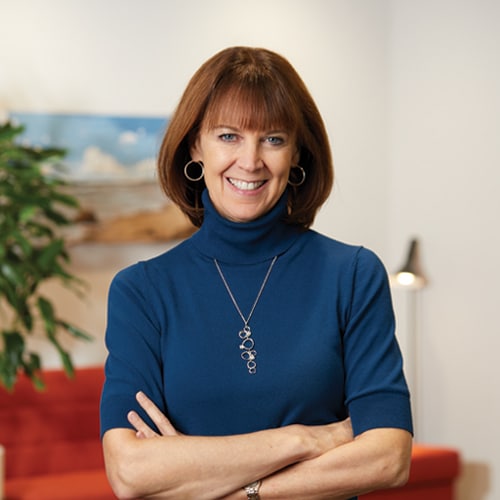