Determining the Value of a Business in a Divorce

In a marital divorce case involving a business, each side typically hires an expert to provide the court or jury with an opinion as to the value of the business. Depending on the spouse’s position, their expert will seek to establish as high or low a value as possible. For example, a non-owner spouse in a divorce will present expert testimony to establish a high value, thereby increasing the value of the marital estate, whereas the owner-spouse’s expert will try to keep the value low, so as to minimize the amount of money the owner spouse will have to pay the non-owner spouse. It’s no wonder, then, that in many divorce cases, the judge or jury is presented with a wide-range of values.

We see this play out in court cases all the time. For example, in a case handled by our Firm involving the value of an interest in a closely held company, the expert for the husband testified to a value of $5.5 million, whereas the wife’s expert testified to a value of $17 million. The judge was left to decide. As another example, in a recent Delaware case involving PetSmart, the opposing experts’ valuation opinions resulted in a spread of $4.5 billion.1 And we’ve all heard about divorce cases involving celebrities such as Donald Trump and Michael Jordan, where millions and hundreds of millions of dollars are paid to the less famous spouse based on the valuation of the celebrity’s business and other assets. The point is, there can be a lot of money won or lost based on whether or not the court or jury decides to follow one side’s or one expert’s valuation opinion over another’s.

As stated by the Court of Appeals:

1. There is no one set, uniform method for valuing a closely held corporation;

2. A trial court has great latitude in determining the value of stock in closely held corporations; and

3. Where a trial court’s valuation conclusion is within the range established by the evidence, there is no clear error. In other words, the lower court has a great deal of discretion, and as long as the valuation determination was based on a proper methodology and falls within the evidence presented, chances are the lower court’s decision on value will be affirmed.

The lesson here is that it is critical that your position on the value of the business is clearly explained, presented, and supported the first time, at the lower-court level. First impressions matter and, as the saying goes, you may never get a second chance to make a first impression.

For more information about how to secure an appropriate value of a business, contact Stephen Hulst.

How May We Help You? 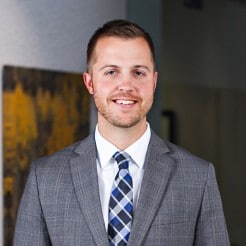 To learn more about our range of services or speak with an attorney, connect with us below or call Stephen at 616.233.5155